Home » Shop » Game of Pig – The Decimals Edition
“Think and Cover – ‘Capture the Factor’ – ‘Taxman’” has been added to your cart. View cart 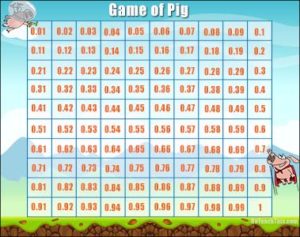