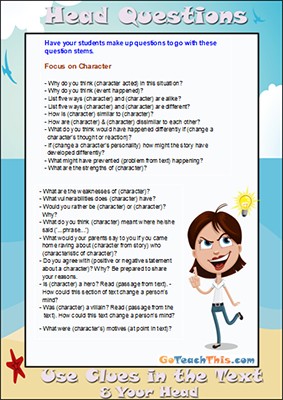 When evaluating a reading comprehension activity you have to ask the question,

‘Is this activity teaching the students how to comprehend or are they simply seeking and finding answers?’

This set of ‘Head’ question stems are based on the 3H Reading Strategy and they aid the exploring of character. I like to have students create questions for their peers and then discuss them as well as using the questions I make up.

– What do you think motivates (character) in (situation)?
– Did (character’s) motives change throughout the text? How?
– Do you think (character) should have…? Why or why not?
– If you are a TV reporter, what questions would you ask (character)?
– What did (character) mean by the expression (‘……………………..’)?
– (Character) believes… What is the counterargument to this view?
– If you were (character) what would you have said to (another character) when (the incident occurred)?
– What can you learn from this author about character development? 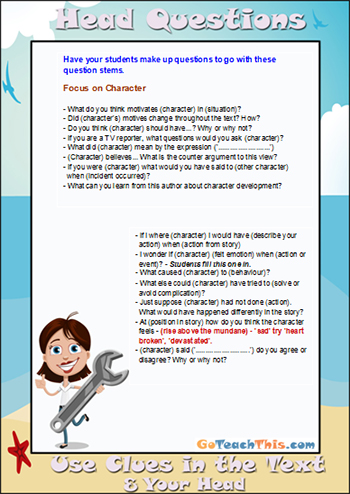 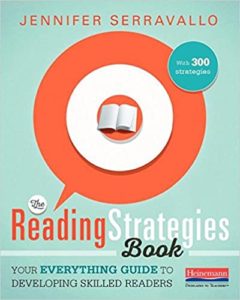 The Reading Strategies Book:
Your Everything Guide to
Developing Skilled Readers