Halloween Tac Tix – A Game of Adding & Subtracting Numbers in the range 10 to 100. 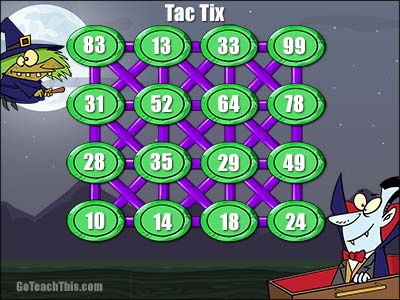 Addition Game & Subtraction Game in One:

This Addition Game is also a Subtraction Game with a Halloween theme. Tac-Tix is a game designed to enable students to practice strategies for adding and subtracting in the range of 10 to 100. It also encourages experiments with logical and strategic thinking. It is a strategic thinking game for two players. Each player takes turns to remove a counter or counters from the board. The winner of the game is the one who forces their opponent to remove the last counter.

– Place 16 counters over the numbers on the board.
– Decide on the number to practice adding or subtracting e.g. If 10 is selected then 10 is added or subtracted to each number when uncovered. 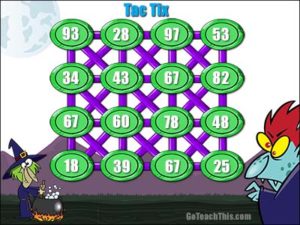 – Force your opponent to remove the last counter.

1. The person with the longest little finger goes first. Take turns going first in the following games.
2. Player 1 removes 1, 2, 3, or 4 adjacent (side by side) counters from along one of the straight lines. The player then answers the algorithms revealed.

NB A player may not remove a series of pieces if there is an empty space between the pieces.
3. Player 2 then does the same.
4. Play continues until one player is forced to remove the last counter. 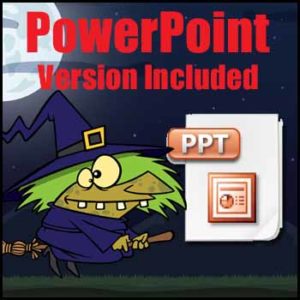 – I like starting this game by adding and subtracting 10 then move on to other numbers.

– Monitor the players to see which strategies they are using. 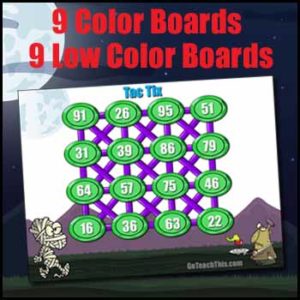 – Mathematicians have studied this game for a very long time and have figured out there is a way for the person who moves second to always win. Try to discover this method.

Hint: The winning strategy has something to do with removing pieces that are ‘symmetrically opposite’.

– Search the Internet for an online version of this game i.e. Play this game against a
computer.
– Design your own five by five or six by six board Tic Tax board.