Syllables Game – 4 in a Row

Syllables Game – 4 in a Row

A Game for Exploring the Rule of Syllabification.

‘What is a Syllable?’ 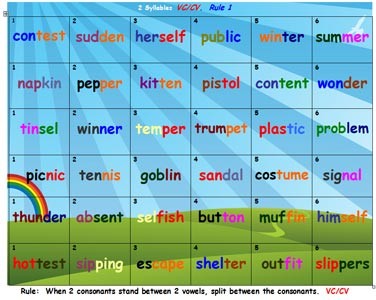 Four in a Row – Spelling Game

Reinforce the Rules of Syllabification While Playing a Game

Syllables can be the bane of many student’s existences. There are 4 Syllable Game Boards in this FREEBIE for reinforcing the rules of syllabification. They are ideal for Literacy Centres, Paired Work, Parent Helpers or to send home with homework

– When 2 consonants stand between 2 vowels, split between the consonants. 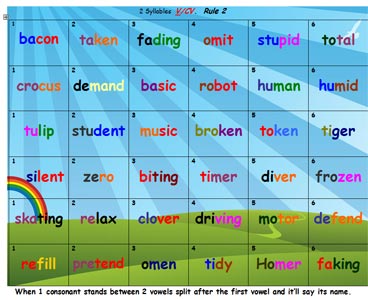 – Sometimes when 1 consonant comes between 2 vowels we divide after the consonant. The vowel is short – it makes its sound, not its name. cab/in 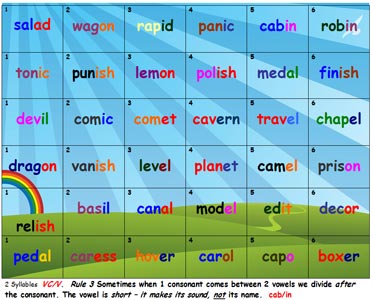 1. Roll the die.
2. Read a word with the same number as the dice.
3. Place one colored counter on the word if read correctly
4. The winner is the one to have 4 in a row either vertically, horizontally, or diagonally.

– Maybe you’d like to check out some of our free reading comprehension strategies downloads.
– Or perhaps you’d like a Prefix Game